One of the main objectives in Stockholm Royal Seaport is to limit greenhouse gas (GHG) emissions. As part of this work, the City of Stockholm joined the C40 network and the Climate Positive Development Program and adopted the framework. The expected outcome of this collaboration is that the Royal Seaport project will become a climate positive urban district.

The road map which describes the necessary steps that need to be taken in order for the Royal Seaport to become a climate positive urban district has been approved. The calculated reduction in GHG emissions for the present requirements is approximately 30,000 tonnes CO2e/year, or 60% less than the City of Stockholm’s conventional baseline planning. If more-stringent requirements are applied, a further reduction of some 10,000 tonnes CO2e/year could be achieved (-80%).

– The Royal Seaport district will have at least 12,000 homes and 35,000 workplaces. If the buildings are energy efficient it will reduce CO2 emissions. It is primarily the work with energy efficiency of buildings that will reduce CO2 emissions. In our district, public transport plays an important role; footpaths and cycle paths are being built to meet local needs and help people commute to work. The district is designed ensuring that people who live and work in the district are close to the everyday amenities’, says Karin Wanngård, Mayor of Stockholm.

The biggest challenge is bringing about a fuel switch in the transport system, from today’s fossil-fuel-driven transport to transport that runs on renewable energy; in this instance, the Royal Seaport is dependent on national ambitions for fossil-free fuel. The methodology of developing a road map has been a useful tool for identifying the activities and measures that have the greatest impact on emissions, thereby providing a tool for prioritisation.

Stockholm has a long history of integrating environmental aspects into urban management in a structured and goal-oriented way. In Stockholm, there are many strong prerequisites in place: most Stockholmers have access to district heating, which in 2020 will be completely powered by biofuel, and the city boasts a well-functioning public transport system and a well-functioning waste disposal system.

The City of Stockholm and its district Stockholm Royal Seaport has received an award for the best sustainable urban development project. The award was presented at the UN Climate Change Conference in Paris by the C40 Cities Climate Leadership Group, a network connecting more than 90 of the world’s megacities. The award further strengthens Stockholm’s position as an international leader in sustainable urban development.

The Royal Seaport development area runs along the waterfront of the Baltic Sea, lies next door to the Royal National City Park and only ten minutes away from central Stockholm by bicycle. The industrial site around the gasworks area will be transformed into an urban district that interacts with port operations and the existing residential areas. Approximately half of the development are still to be planned and appointed to developers. By 2030 the district will comprise of 12,000 new housing units and 35,000 new workplaces. There are already 735 companies with 15,000 workplaces in the area, among them Nasdaq Stockholm stock exchange.

The district will be adapted to future climate changes as well as safeguarding biodiversity and ecological values. A resource efficient area with low environmental impact. 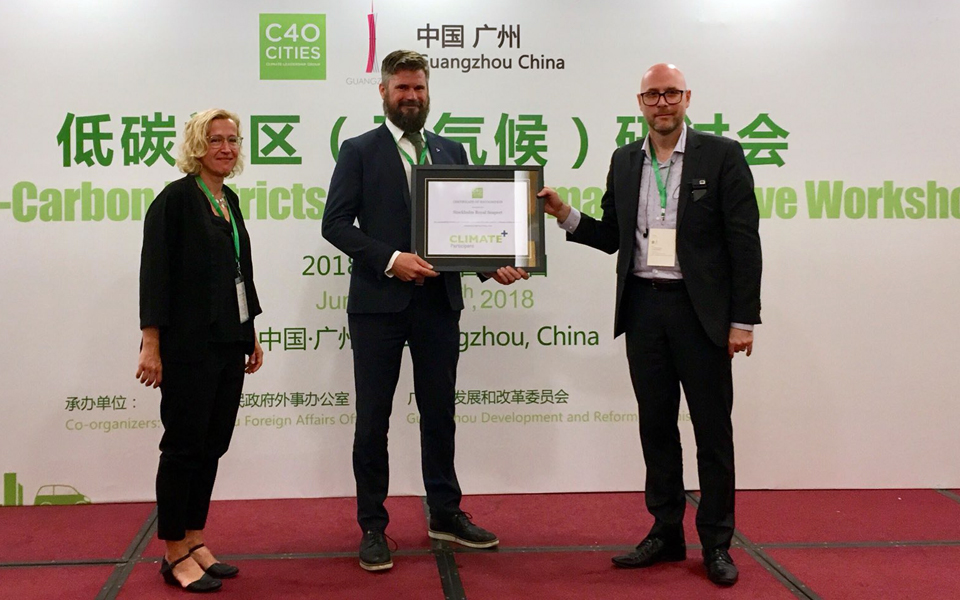