Till navigationen Till huvudinnehållet
The people in the city

The people in the city

The area is planned and constructed with a mix of housing, businesses, retail and services. Changing needs throughout different life stages are met by a range of unit sizes and types of tenure. The property developers take part in a early parallel design process* to achieve a high level of architectural quality. The City regulates the design through detailed development plan (development plan) and a quality programme.

* Parallel design is a method whereby a client assigns the same project to several architectural firms at the same time(Architects Sweden).

Norra 2 – with a focus on people

The block structure in Norra 2 is more open than in previous development phases and reflects Gasverket plan structure, in which no buildings have rears. This phase contains a variety of housing types – rental and condominiums, large and small apartments, and townhouses. The development is characterised by allowing each building to have its own features. Along the main street, the ground floors have premises for non residential activities. Around Husarvikstorget, which caters to shoppers and residents, the scale is smaller.

The roofs become the fifth façade of the buildings, covered with greenery, solar panels and spaces for people. The preschool is integrated with Kontorsparken, where the park and the school yard extend over the preschool’s roof. Along Husarviken, Husarviksparken borders with the Royal National City Park, creating proximity to nature.

A spring market was arranged at Stockholm Royal Seaport for the third consecutive year. Several stakeholders gathered in the new Storängstorget where a range of activities took place. The highlight was the inauguration of a fountain by Danish artist Jeppe Hein. AntWalk exhibited up-cycled fashion, while clothing and other objects could be dropped off at the Pop-up Re-use Centre. About 1,500 objects changed hands. The police, the library, sports and cultural associations presented their activities in the area and answered questions. The City of Stockholm's administrations also exhibited the physical model of the urban development area.

A key condition for the planning of Stockholm Royal Seaport is that the City owns most of the land and is driving the development. To achieve an overall solution, the City is setting the framework and providing the context, while the property developers, together with architects and landscape architects, are responsible for the execution and the details in each phase. We are a team, and working with issues like qualitative methods for urban planning. That includes using the unique characteristics of the areas, creating a coherent city and promoting high architectural quality. The architectural quality is discussed and the conclusions are documented in a quality programme. This ensures that the most important elements of each project are included until the project is completed and delivered. 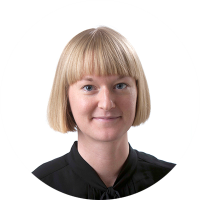 The People in the city

Gå till "The People in the city"

Close proximity to the water

Gå till "Close proximity to the water"

Gå till "How we work"