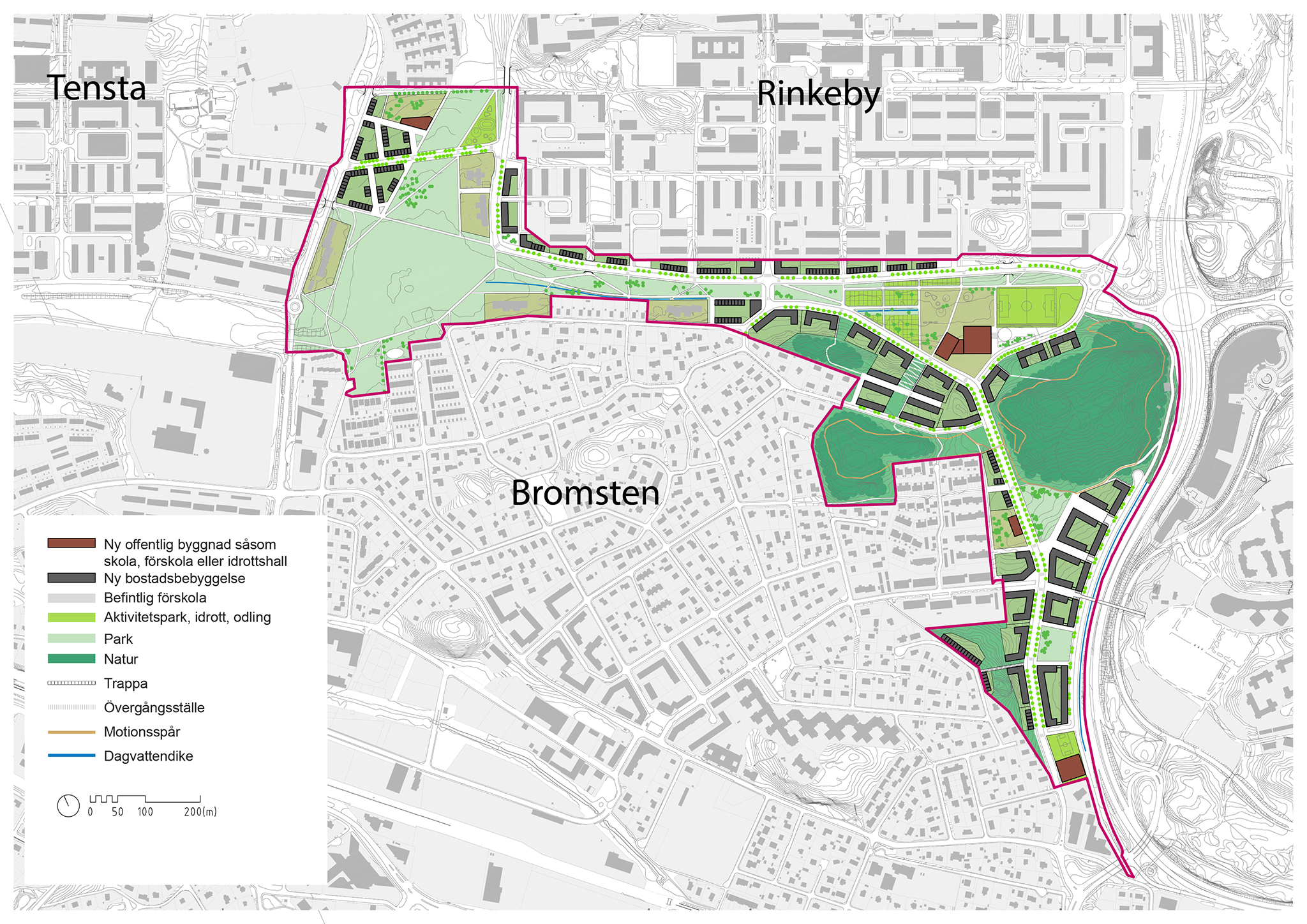 Proposal for Spångadalen in brief

This film describes the program proposal for Spångadalen.

The proposal for Spångadalen includes a new primary and lower-secondary school for 900 pupils up to year 9, plus associated sports hall, a smaller sports hall, four new parks, two new preschools, 1,500-1,700 new homes in both apartment blocks and terraced housing, a regional cycle network, and a new pedestrian and cycle bridge to Rissne. 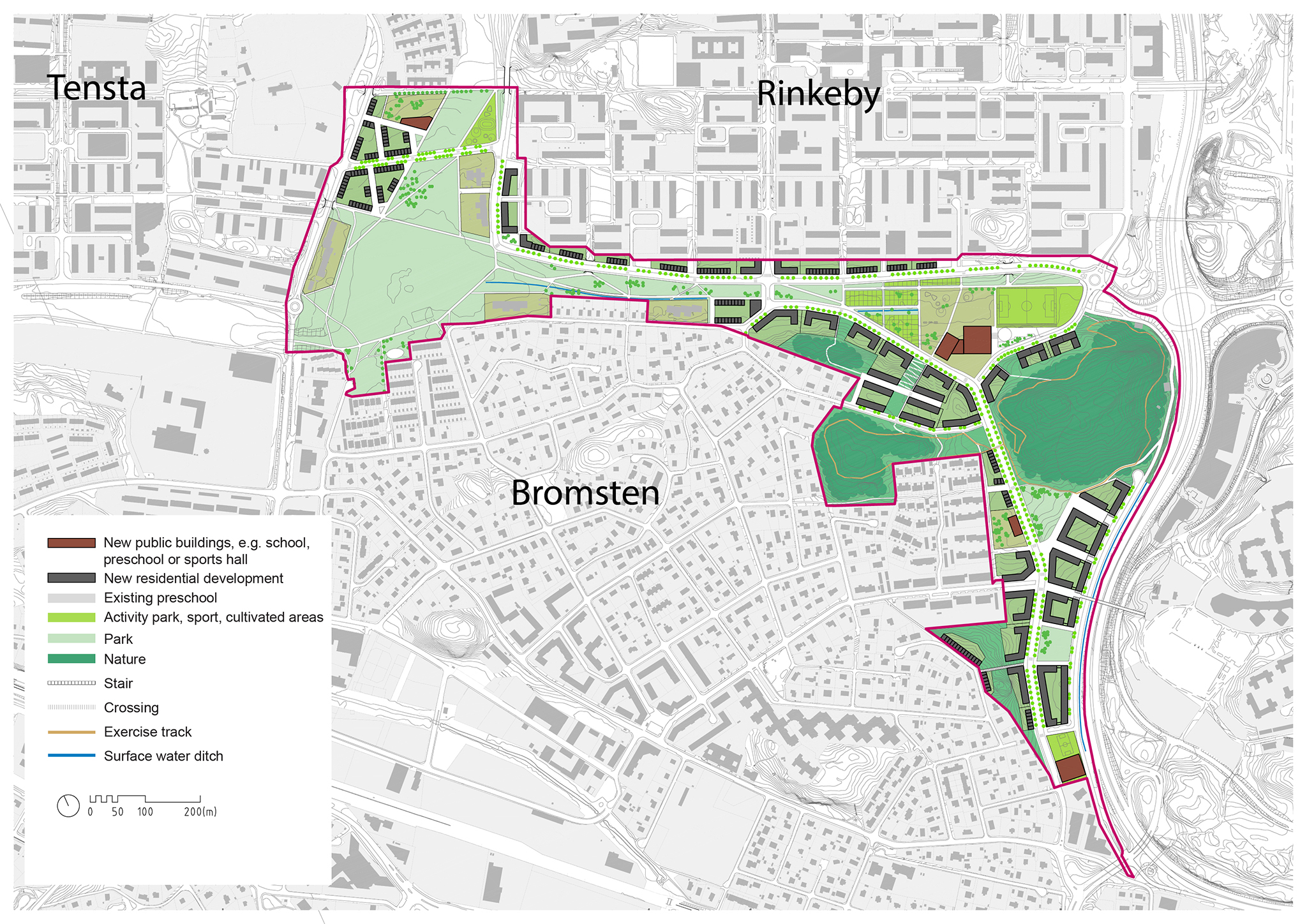 Linking Tensta, Rinkeby and Bromsten closer to one another

The proposal suggests linking the areas with new streets and new development in order to make it easier to move between the different districts and use public transport and services there. New shared meeting places are proposed between the areas, and spaces for children and young people are to be prioritised.

Three new streets are being proposed to link the existing streets within the different city districts. Strategic locations have been chosen for the proposed links based on where they provide the most benefit, thereby strengthening important thoroughfares.

The development of the area must take into account its cultural values and existing local development. The new development varies between 2 and 6 floors, and will be adapted to the elevations in the landscape.

The programme is the start of the planning process

The programme will provide an overall picture of the conditions within the area, is to form the basis for future detailed development plans and offers useful support for tenders from construction companies that want to build in the area.

The process of developing Spångadalen is planned to take a number of years, consisting of several stages. The work with the programme is currently in the beginning of the process, in the phase known as ‘programme consultation’.

During the period from 15th May to 25th of June 2018 a program consultation was held for the proposal for Spångadalen. During this time there was an opportunity to comment on the programme proposal. The comments received will be compiled in a programme consultation report. Following possible revisions, the programme is to be approved by the City

The program consultation report for Spångadalen, with the comments received from the consultation, was presented to the City Planning Committee and approved at the Board's meeting on 14 December 2018. Proposals for adjustments to the program were also raised for decision. The City Building Office is now reviewing the possibilities of working on the Board's decision in the continued work. 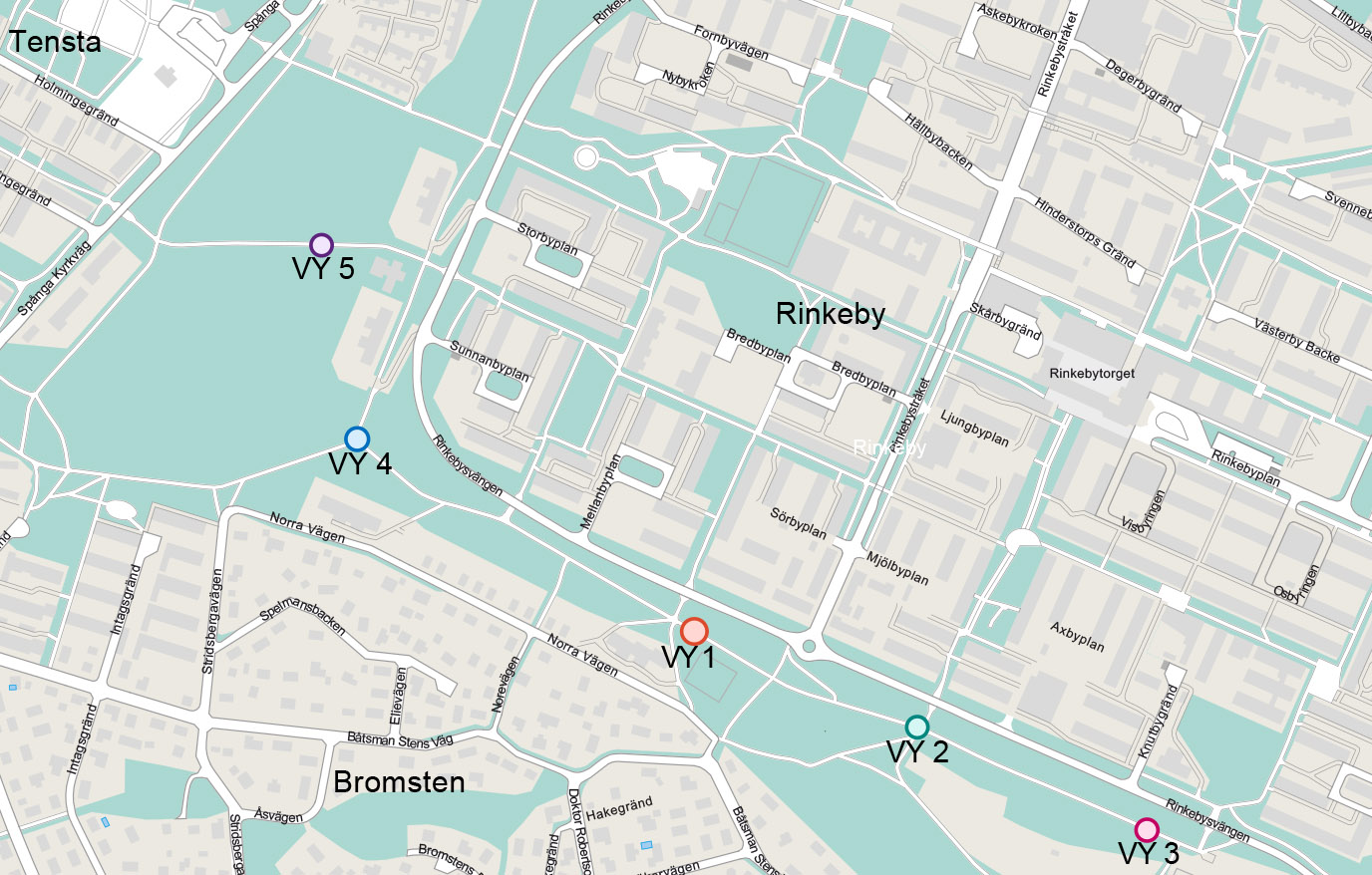 Gå till "Förskola i Tensta"