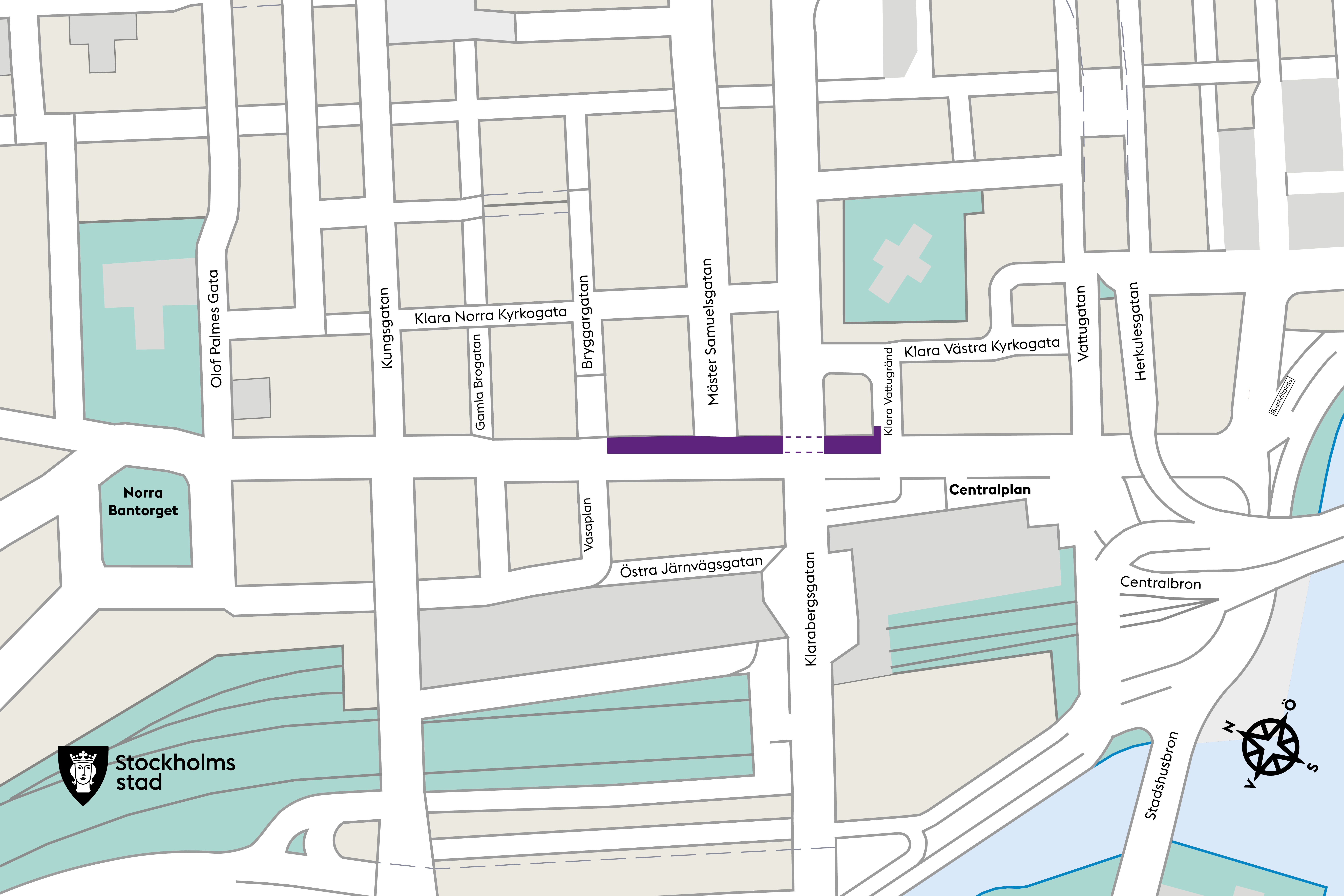 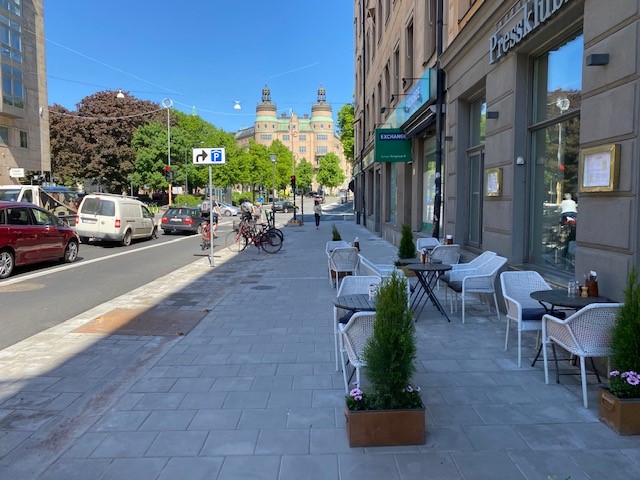 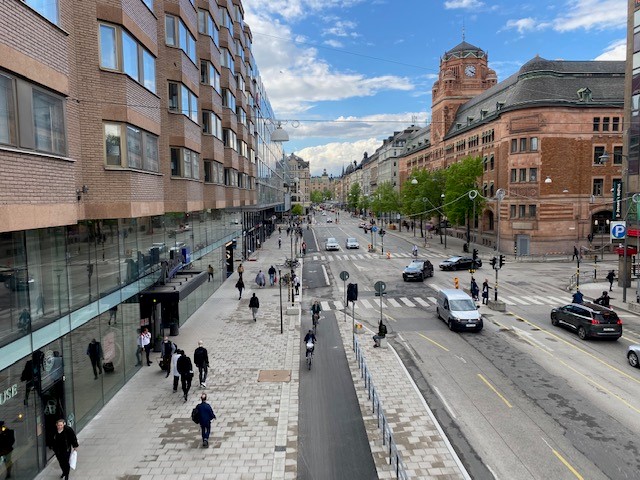 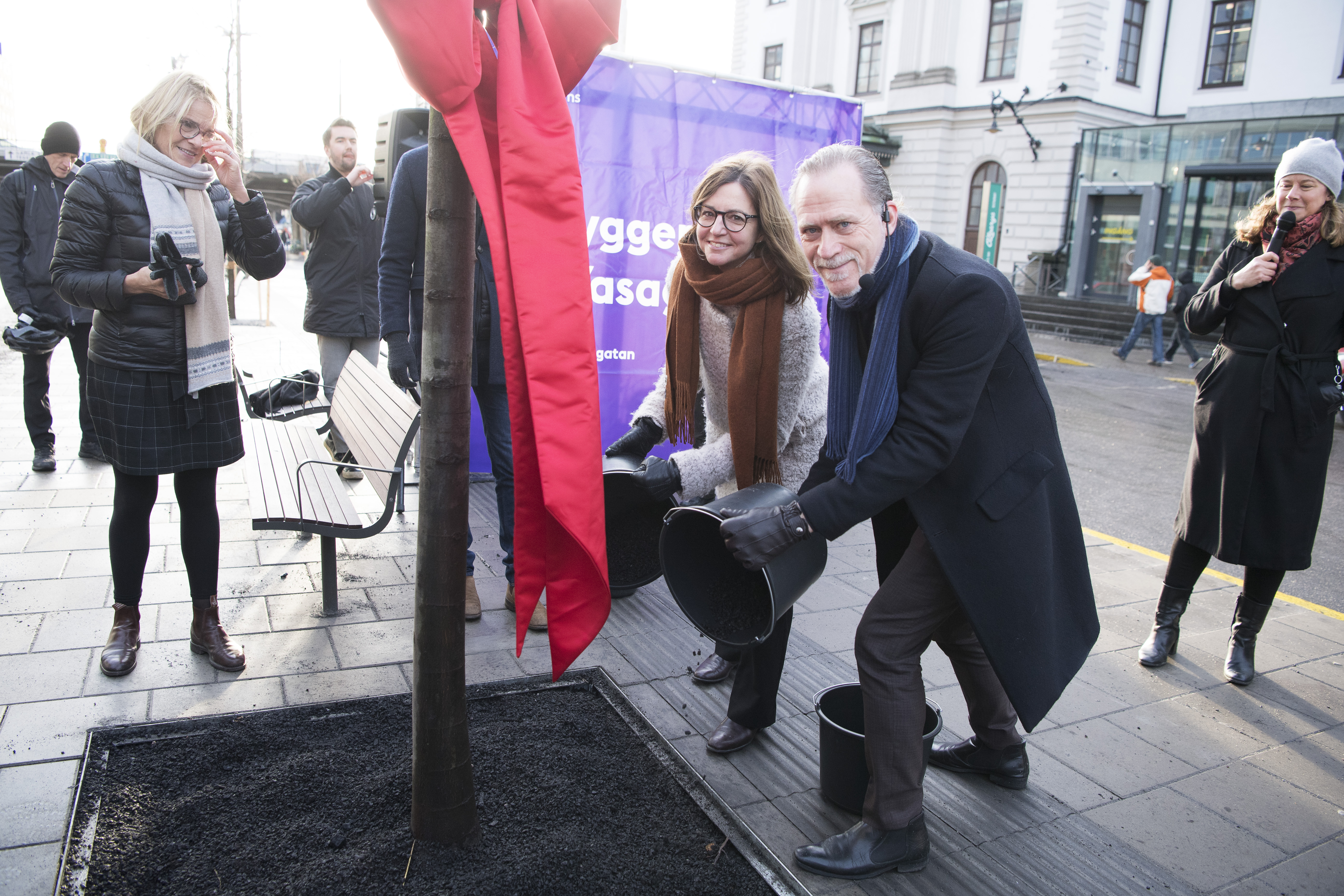 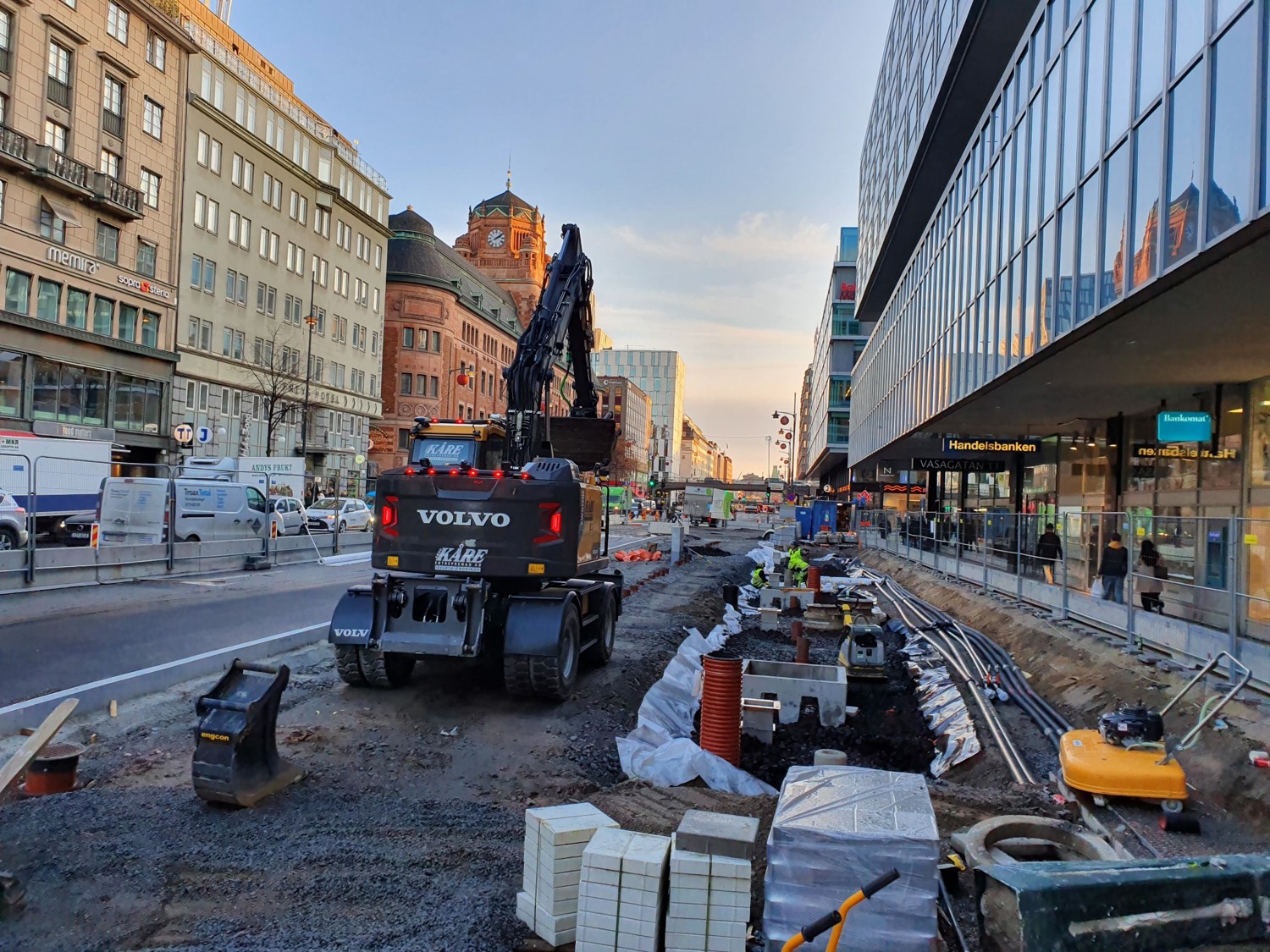 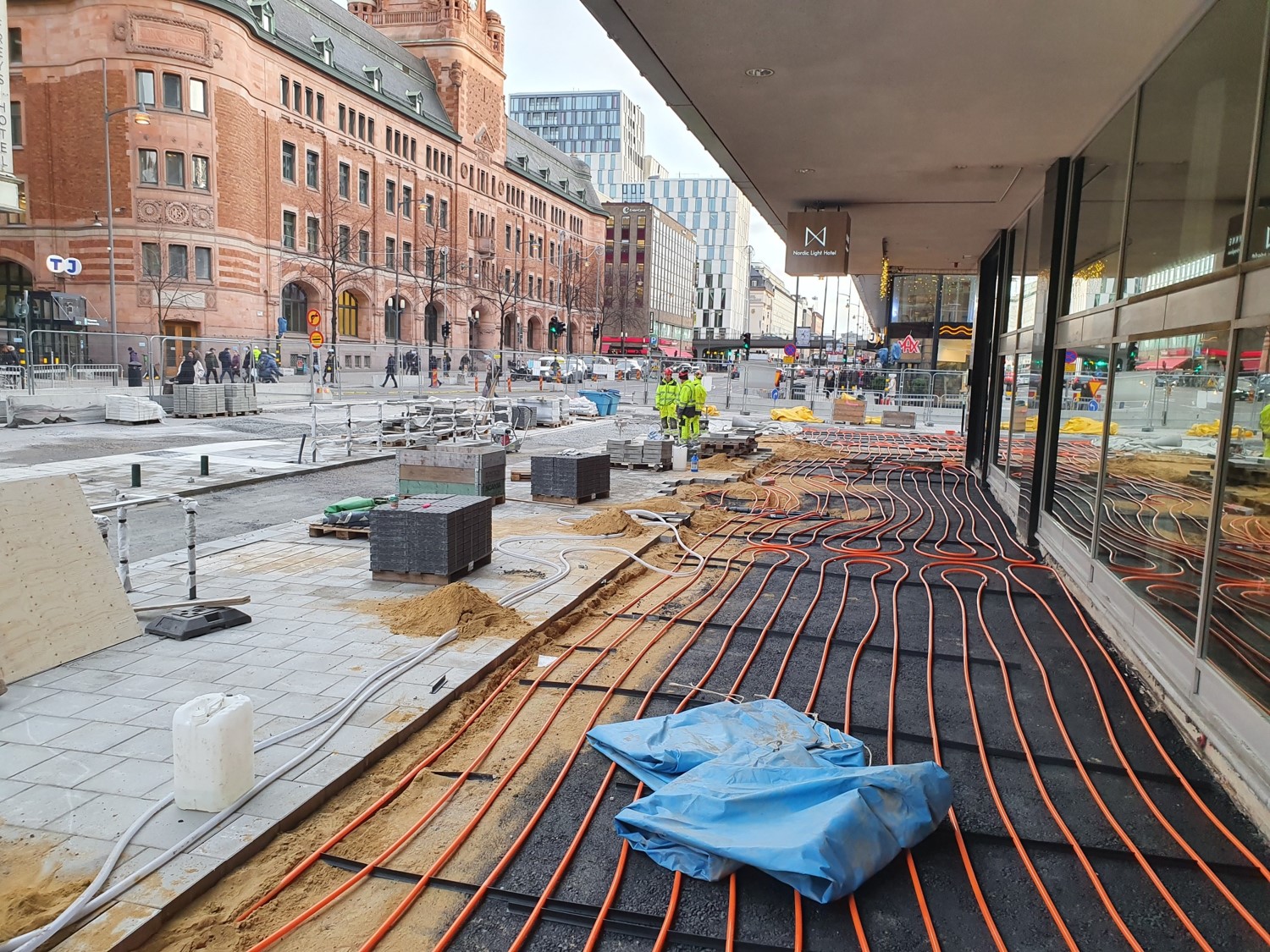 This is what we are doing

Vasagatan is being adapted to make room for wider pavements, more seating and new street lights, as well as new cycle lanes and cycle parking. We are also making the street more accessible with new tactile paving, and adapting entrances and pedestrian crossings. New Vasagatan will be greener, with 67 new healthy Japanese zelkova trees and flowers planted in urns along the street. To enhance road safety, we are rebuilding the taxi stands in front of the Central Station. The access lane will be moved so that both the access and the exit are in the same place. The new solution will also provide more parking spaces for taxis. The project also includes new, wider cycle lanes along Norra Bantorget, Östra Järnvägsgatan and Vasaplan. Prior to the rebuilding of Vasagatan, we have also improved pedestrian and bike access at Tegelbacken.

Preparing for the future

Vasagatan is one of Stockholm’s busiest streets. More than 100,000 people pass through every day on foot and by bike, bus, taxi or car. When the work is complete, Vasagatan will be a vibrant city street that meets current and future needs. The City of Stockholm is committed to developing the city as a whole, in accordance with “Vision för City 2030”, which was adopted by the City Council in 2012.

Impact on the surroundings

If you live, work or pass close to our worksites, you may be affected by noise during the rebuilding. We will be building in stages and working at several sites at the same time. During this period, accessibility for bus, car, taxi, tourist bus, pedestrian and bicycle traffic will be affected. Temporary diversions will be used to minimise the impact on all transport modes, where possible.

The work to rebuild Vasagatan, including new cycle lanes on Östra Järnvägsgatan, Norra Bantorget and Vasaplan, will last from 2018 to 2022.

Vasagatan – in a city that is constantly evolving

Stockholm Central Station was inaugurated in 1871, and Vasagatan was built to serve as the gateway to the city for travellers arriving there. Numerous impressive buildings were built in conjunction with the station, for example the Central Post Office Building designed by Ferdinand Boberg. For a hundred years, the street was considered as grand as Strandvägen in Östermalm. In connection with the Norrmalm Redevelopment in the 50s, 60s and 70s, several historic buildings were demolished and parts of Vasagatan acquired a new character.

The project New Vasagatan, which is managed by the Stockholm City Traffic Administration, will proceed from 2018 to 2022. It is cofinanced by twelve property owners through Management Vasagatan, with City i Samverkan as the coordinating party. The twelve property owners that comprise Management Vasagatan are:Vasakronan, Hufvudstaden, Axfast, Jernhusen, Fabege, Folksam, AFA Fastigheter, DNB, SPP/Storebrand, Union, Statens Fastighetsverk and Olov Lindgren.